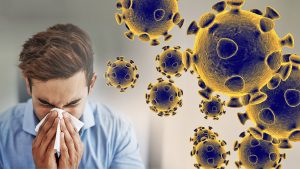 Since my last posting the Virus has moved through our house. Three residents, one case and now we return from OUR in-house quarantine to the regular shelter-In-Place restrictions.

We were lucky. Problems centered around high, rising fever, a dry cough, modest breathing discomfort below the sternum, general tiredness and weakening during the first six (6) days of symptoms.

The two-week sickness necessitated personal space and separate bathroom restrictions for the three of us with lots of changes in cooking, shopping, movement, laundry, monitoring and cleaning arrangements. There was constant hand-washing and endless wipe-downs of, well, everything. 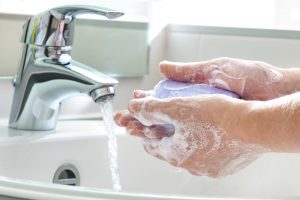 Our Doctor was working 17 hr. days and called us later the first evening… after we had basic temperature controls underway. I got inputs on how to achieve this earlier by standing in front of local Hospital ER and speaking to helpers outside the front door. Nobody wants less than critically ill people inside there, either spreading or getting infections.

Turns out a cocktail of Tylenol and Ibuprofen dropped the (102 deg.) fever to under 99.5 in about 4 hrs. Our Doctor confirmed the probable Coronavirus diagnosis by phone; there were zero tests then and being without real distress we pursued our self-help regimen. 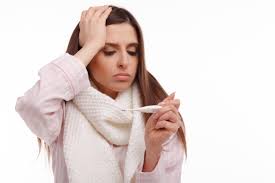 The real concern was to first monitor that temperature remained down, stable and the there was no escalation of breathing problems; these can occur quickly, so 24/7 observation was essential.

After a week, things were clearly going in the right direction with appetite, strength and breathing returning to normal several days before the two weeks of restrictions were complete.

Only one in-house case so far and a good outcome. One infection and three people; we were lucky, THIS time.

I since related this story by phone to an insurance agent helping with an auto-renewal. She said she came from a third-world country, sadly noting similarities in her current experiences, my story and her past.

Now our life is returned to the new norm. Today our shopping excursion finally got us routinely inaccessible eggs, toilet paper and paper towels. Re-supplying hand sanitizer and sterilized wipes remains a dream.

The numbing news drags on endlessly and lockdown arrangements are extended until the end of April.

It seems there are numerous missteps that will define local and national contamination outcomes. Many States chose not to order pandemic supplies despite the virulent 2009 H1N1 Swine Flu’ (61 Million US infections and 12.5k deaths) and recent 1980’s (HIV), 2003 (SARS) and 2013 (MERS) experiences. Basic re-ordering was actively ignored at all government levels; tax revenues were often capriciously diverted to more interesting investments and projects.

It seems the New Orleans Mardi-Gras celebrations have backfired into infections and fleeing residents of plagued States (like NY) have quickly dispersed themselves across the nation, frustrating and I’m sure inevitably in some cases, contaminating others. Many Governors are trying to reject these incursions and inter-State infighting is underway; this will continue and worsen before it calms.

St. Patrick’s Day came a little later. Several regions were already locked down so many associated gatherings were cancelled, but by no means all.

A quick glance backwards tells me that annual flu seasons typically inflict about 35K deaths and 25 Million cases of infection annually. Hopefully the dramatic National and Regional restrictions and support underway will keep this virus to similar or hopefully much-improved levels. The current, very recently advertised (100K!) outlook for potential deaths is both troubling and surprising. 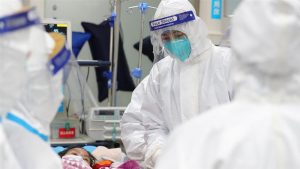 episode. Oddly, one side sees a responsible friend, very capable and well-intentioned; the other suspiciously eyes a regionally expanding Machiavellian villain.  Take your pick.

Local outdoor activity here (in Santa Cruz, CA) remains high. Cyclists and walkers are increasing in numbers. The surfers are allowed across Pleasure Point and congregate in regularly strong numbers.

A couple of beaches are closed with make-shift notices that dangle and flutter in the breeze and occasional drive-byes of police with bullhorns. The beach closure off 26th Avenue was because of a shark-bite to a paddle-board which had strayed into known shark territory beyond the kelp that stretches 100’s of yards off-shore.

Shopping can be an alarming experience. Some larger stores are strictly controlling access by setting restrictions on numbers of shoppers admitted simultaneously and are allotting timeslots for older (and so, at-risk) residents.

There seems to be a universal lack of understanding about what constitutes a medically safe shopping environment. Shopping Cart handles are not cleaned, and self-applied 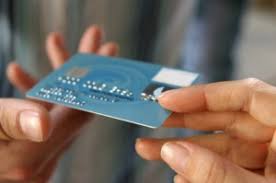 cleaning wipes have often run out. Cashiers handle all the goods wearing plastic gloves they seemingly use all-day, or bare hands. Cash and Credit Cards often pass back and forwards between shoppers and cashiers at checkout. All goods are hand-placed on shelves by a large, diverse group of workers.

Distancing in stores is mixed. It’s not unusual for collisions to occur, yet often people turn away and shun each other as the space between them closes. The learning has begun for some.

The Phase 3, $2 Trillion (+$4 Trillion) funding is passed; there should be shame in how that proceeded, but I doubt there is. The squabbling about distribution and oversight has now begun.

I have spoken with several local businessmen (mostly restauranteurs) about this relief package. NONE believe they will see a penny to benefit them; a common explanation is that there will be too many hoops to jump through to receive any help. Their low expectations paint a troubling picture and their staffs are already long gone.

I live in a world where this viral tragedy is a political weapon. Regardless your politics it should not escape anyone that a safe, effective and minimized health and economic outcome favors one side and a rather more disastrous and tragic outcome benefits the other. And the pig-in-the-middle that can do naught yet but suffer likely consequences, are the citizens and companies that fund these warring factions.

News channels sickeningly align themselves with the sides. One side broadcasts more happily than the other; some seek, want and need gloom, conflict and derision. Viewers are simply battered and flung about by the results.

It’s sadly naïve to expect there be no sides. One can only Hope.

I recently had to drive up North (+60 miles) and check on a boat docked in Alameda. Travelling through the heart of Silicon Valley the traffic was light both ways. I passed near nobody outside of a vehicle; docks were devoid of human traffic and only one or two live-aboard couples were out for walks.

Upon my return there were unusual numbers of Highway Patrol cars parked off-road as light traffic passed by, typically moving 15 mph above an abandoned speed limit. One car was pulled over; he must have been driving very fast, indeed.

Gas prices have tanked across the nation as the Russians and Saudi’s war on. Strategic reserves are being loaded up. I heard of <$1.00/ gallon pricing somewhere in the Mid-West; my local California outlets mostly remain with even the best pricing in the $3.20 range… the tax burden here hangs on.

And what I miss is a Starbucks coffee. I want to get a beer at a local bar. I want to sit in my favorite restaurant. Turns out the (now) take-out food from my local isn’t what I miss, it’s the people, ambiance and belonging.

A couple of days ago I got coughed into by a shopper at a local market; fortunately, I blocked all her splatter from others in the store. There were no apologies, the person then moved up close behind and started poking me in the back, talking into my neck. She wanted to regain her abandoned place in line. I let her pass and kept my distance, as did others.

She then stood bended over the large counter festooned with goods as she inspected them at close-range, while coughing repeatedly. Never once did her arm or hand manage to reach or cover her mouth. She had a dry cough. The server seemed unperturbed. I saw her emerge from the store a few minutes later; her brow appeared fevered, perhaps she was just stressed? I hope so.

These events make all my precautions and care seem meaningless. Nevertheless, I will continue my practices and hope. It will take me three more days to see if any classic fever and breathing symptoms develop from THIS event.

I related this story an hour after it occurred to someone met while I was resting on my bike ride. The person backed away an extra step early in the tale and yet another before I’d finished. Not sure if she even knew she’d drifted some 15’ away by the time the story ended.

So much for the observations and experiences. On the happiest note of all there’s still three of us in this house and we’re all currently safe and healthy!

So far, so good. It’s again time for a daily bike ride. Need to take care that if the coughing lady doesn’t get me, I continue to dodge other bullets that will inevitably come my way. 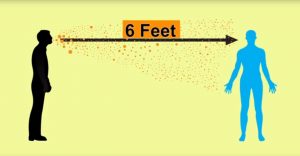 Good luck to you in your endeavors and outdoor excursions. Stay safe and Socially Distanced, using whichever recommended distancing you choose.