Well, the last week alone has NOT been kind to CA. Before I dive into that laundry list of problems, let me offer some positive personal news…

I am headed out-of-State for a fishing tour through Alaska in the coming weeks, much anticipated as a break and adventure. 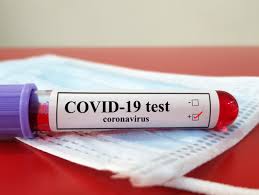 Oddly, on the very day we began making bookings Alaska installed a new policy for visitors. Basically, you must show up there with a 24-to-72 hr. old negative Covid Test result in-hand (or pending) at time of entry; tricky when real (non-emergency) tests currently take 2-4 weeks in CA. Ouch.

Solution is on-line ordering of personal Covid-testing Kits that allow Fed-Ex overnight sample deliveries and rapid, paid-for processing. Problem solved; we will be heading out and praying that when the test can be viewed on-line from our Anchorage Quarantine Haven, the result is NEGATIVE. Fingers crossed.

And so, what has happened just this last week in my corner of Northern CA…

And of course, there is the ongoing… 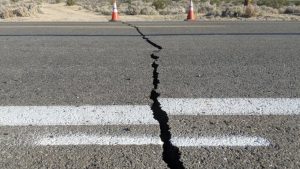 was quick to note that, “all we’re missing now is an earthquake.” Not the best quip to make in the face of karma when you live in California.

In my writings I generally ATTEMPT to make the points I make, neutral; trying to stick with relatively indisputable truths regardless of what egg may end up on which face.

I have little universal reverence for any single political party but accept that eventually we all must choose the least poisonous (overall) option and VOTE.

Voting is a privilege of being in a Democracy, for those who WANT to be; although apparently not everybody does, especially right now.

Since ancient Greek times Democracy is generally accepted to require an educated population. It is unclear what and who determines the standard of education; however, it currently appears to be measured and defined by age (18), the voting age. So be it.

Now the candidates are a different matter. And here I have something specific to say…

I would PREFER that the candidate who gets my vote meets some minimum requirement. I WANT that they and the prominent folks surrounding and advising them, meet my own (albe they) arbitrary standards. 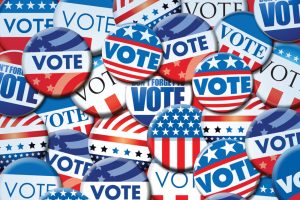 Now, here is my dilemma. I like to see Honesty, Integrity and some level of Intelligence throughout these competing teams. I can lower the bar a little and recognize the realities of human frailty. I could lower the bar a LOT.

But regardless of the party for which I will vote, it is impossible for me sink so low I can find an acceptable candidate and surrounding team.

Oh, I WILL vote but I will NEVER accept those who get my vote are truly worthy. They are hardly a Socratic group, regardless who you support.

Perhaps this is universally true in politics, irrespective of the Country in which you cast your vote?

I HATE to accept the adage that people get the government they deserve. Surely humans deserve more and better? I hope I do.

We must expect leaders to be necessarily worldly and without naivety, but it is abundantly clear that Politics does not attract the brightest and best; too many candidates are motivated by lower aspirations.

But enough on this subject.

Outdoor masks are now (newly) required in Alameda County. Not a happy relapse. I visit there for weekend sailing and noted that most residents were already strongly compliant before the restriction was installed. 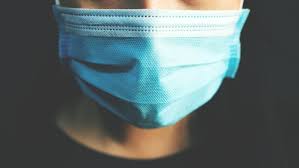 They are worn for walking and outdoor exercise; some remove them when nobody is close; many do not.

And they have their Mask Nazi’s, even pre-dating the new mandate. “No mask! No mask!” I have heard called out and people routinely shrink away from one-another on barely populated sidewalks.

Their fear drives paranoia, it controls and defines them.

The oppressive nature of that (Alameda) district is palpable. The unwelcoming feeling there is distinct from less restrained areas (like my hometown, Santa Cruz; outdoor masks not required).

Once a fervent following and fanatical belief takes grip, visitors and those less compliant feel the bite, they will be pushed.

Now Rolling Blackouts are occurring in CA, brought on by multiple warm days. The prompt Gubernatorial response announced that Energy Officials were caught unaware. Odd, given it was clear the rapid (~30%) energy shift to wind and solar power was KNOWN to be vulnerable to any more than just a couple of consecutive days of hot weather.

One official added that the wind doesn’t always blow, and the sun doesn’t always shine how and when we’d like. I will bet there was not a single engineer directly involved in this development who did not know this shortfall was coming. Of course, the vilified gas energy sources are still used for the power-shortage bailouts.

If it is truly unclear to anyone:  In CA there will be many instances of numerous consecutive hot days next year, the year after and so on. Please take note. Sigh.

And then came the CA Wildfires. They are running largely unabated in every direction from here, except West into the Pacific Ocean. A National emergency was declared with >500 blazes surging in CA, alone.

Inevitably the above-ground electric grid is further compromised by the (often) lightening-induced wildfires; so, the situation with power-outages is exacerbated. 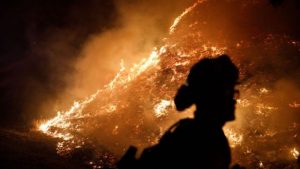 The air is foul and ashes drop frequently and heavily. Some days the air clears momentarily as the wind changes direction. But it is short relief; as the day wears on the wind shifts back, the sun yellows again, fading later to orange then crimson as it lowers in the sky to present an ironically scenic sunset.

Outdoor exercise is unwise and sometimes officially advised against; you can taste the air on your teeth and down into the lungs even when wearing a mask. About 45,000 of the (approx.) 300,000 population have been evacuated so far in Santa Cruz County.

Friends have been evacuated or warned removal is pending. Houses in the Hills are most vulnerable and at this point broadcasted containment levels are frighteningly low.

If you evacuate prematurely road closures and restrictions can make return difficult or impossible.

Last year the fires centered more heavily towards Southern California, this time there is more fuel still available up North. Many of the Western States are stricken, especially along the Pacific Coast.

And the Hills around here have plenty of fuel. Routine woodland and forest floor clearance work is not performed. Money from taxes is spent on more interesting projects even though essential forest management requirements have been defined for a hundred years.

Imagine if you lost YOUR home, YOUR friend or even an unknown firefighter unnecessarily to such wanton annual mismanagement. Well people do, each and every year in California.

I enjoy living in California. I have travelled extensively and have chosen to settle here, right now. But I see others are revisiting such choices.

Then next came the WHO Pronouncement a few days ago.

They advised the World to permanently adjust to a new norm featuring those changes already made for COVID. WHO knows what this fully means? 😊

The WHO’s actions and voice are now seemingly aligned to an obfuscated new agenda.

Should we expect an on-going cycle of new pandemics? This has been prophesized by virologists for many decades. Human history says it inevitable.

Most important is what was and is learned from COVID-19? How to mitigate and control what might be possible and affected. Apparently, nothing was learned (and “Nothing done”) of note during the 2009 H1N1 experiences and oddly, we are even currently arguing about where the current Pandemic originated; financially-driven interests sometimes now declare it to be a European Virus.

COVID-19 is a relatively highly infectious, but LOW mortality-rate virus. Despite the unacceptable number of deaths, as with the H1N1 debacle we have been LUCKY, again. What will happen if (when?) we have a Pandemic with high transmission rates AND high mortality? What if it were airborne? To believe we now have established any comprehensive level of preparedness is pure optimism; we are deluded.

As for the current National COVID Pandemic, my head is spinning from the on-again, off-again conditions of promised re-openings. Certainly, a lot of factions can dig in their heels to keep Schools and Universities closed even when many locals seem to disagree with the prevailing rulings and mandates. Home schooling has a whole new (on-line) meaning.

On a related point, I still do insist that of the 58 counties in California that were subject to closure and restrictions of various forms, MOST should never have been closed. The numbers say so. An umbrella approach to these controls and restrictions was and is completely unnecessary.

I recall that several months ago Butte and Sutter Counties told CA government that their people needed to earn a living and get to work, wanting little part of CA State COVID Plans. They have subsequently fared very well and remain EXTREMELY low in infection and total deaths. Santa Cruz County (somewhat larger, 300,000 population) has been kicked around by State restrictions on business and people yet has (infection and death) rates that look a little BETTER than even Sutter and Butte Counties.

You are 5X more likely to contract and die from a typical annual flu in Santa Cruz County than from COVID-19. It seems we had room to be WAY less aggressive with restrictions hereabouts. Not sure the local mitigation is as profound as CA health Dept. would have you believe. I AM sure a lot of local businesses have closed.

Currently in the US there seem to be MORE opening restrictions being laid down than there are moves towards re-opening. Europe is basically aggressively going quickly in the OPPOSITE direction. Why is that when there is a shared high-level consistency in the overall trends of numbers?

Social issues, Demonstrations, Riots and unrest are causing many to reconsider where they live. The State’s role in handling the Homeless, Annual Wildfire and Energy Supply problems are at best alarming and questionable.

I have friends and family who want out. People ARE leaving. Some have left already.

When I check the news there are similar concerns and migrations going on in New York, San Francisco and LA. It is hard to believe people in Seattle, Portland and Chicago with any get-up-and-go have not already got-up-and-gone.

Hollywood Celebrities are moving away, some seek alternate Citizenship and new Countries, many want to at least relocate their homes. Riot-damaged businesses everywhere slink away to less troubled grounds (when they still can) and mostly offer no honest commitment to rebuilding locally.

Wealthy residents can make choices and will make them when pressed. The masses just inherit the shells and husks left behind.

Many damaged lives and sites will see no short-term recovery.

But I live in a privileged place. Not all these plagues, blights, events, and mismanagements reach my home. Yet the burden of what goes on all around weighs on every shoulder, even when personal inconvenience is low.

It is exhausting. Nobody wants the weight.

Are you affected by these events? Are Wildfires, Power Supply, COVID, Homeless Issues or more inserting themselves into YOUR life?

Should you act to better protect your future? MUST you act now to mitigate imminent threat(s).

It is better we honestly and objectively assess what is immediately upon us and what lays on the horizon for ourselves and loved ones. If action is necessary, do not risk delay.