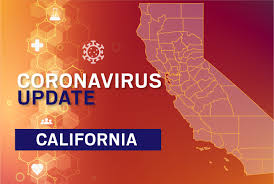 I was just turned away from my local Best Buy and their cavernous store which still does not permit customer entry, only a curbside pick-up service. There is no re-opening date on the horizon. I wonder about its utilization and future.

There are masks required for entry into every store or service facility. The local Lucky’s announces mask requirements for workers and customers over loudspeakers every few minutes as the solemn parade of clients with trolleys winds around then stalls into lines of marked-off check-out positions.

Some stores still enforce outdoor queuing to control and limit the number of customers allowed inside.

People speak less in stores. When their passage is blocked, they stand with eyes downcast till the obstructer nods and clears their way with mumbled apologies. There are occasional attempts at humor; seemingly fewer than before.

Local beaches are restricted some days and other times enforcement begins to slide. Officially there is no entry to beaches between 11.00 am and 5.00pm unless you are moving or headed into the water; our local curfew. Most days these postings are 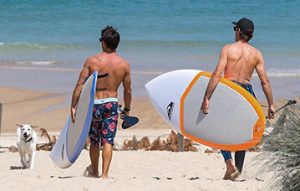 honored and occasionally monitored by stationed police; sometimes larger numbers of people just enter the beach in small, disaggregated groups and set up camps that nobody seems to question any more.

The surfers are still here and in increasing Summer numbers. World-class surfing, great waves and on-street parking. The Sheriff only occasionally checks for non-local participants.

The paid parking facilities are generally open in the local Capitola Village and Santa Cruz harbor. Other (free) public parking remains mostly cordoned off or has spacers inserted to ensure vehicles have greater separation.

Public restrooms have been opened in the last few weeks, though some are locked by 7.00pm or simply remain cordoned-off and shuttered together with their associated parking areas.

Two weeks ago (after desperate verbal pleas to council members), local Capitola Village restauranteurs had outdoor eating approved. As a result, many of the already sparse parking spots are temporarily re-assigned to provide additional (distanced, outdoor) seating to support the desperate restaurants.

Almost 70% of the surrounding Capitola shops had their doors open for business within 24 hours of permission being granted. One large waterfront restaurant had already permanently closed its doors by then: too little, too late. This served the warning to counselors.

The past week saw other local area restaurants open with managed and limited indoor seating; their outdoor seating is approved, too.  A big relief for failing restauranteurs.

Starbucks customers still dutifully stand on marked spots to retrieve their orders then scatter like hunted masked bandits back to their vehicles to picnic or depart. We can now enter and order rather than just line up outside for mobile-app pickups. Indoor seating remains stacked and pushed-aside like cordwood, but at least the free Wi-Fi usually reaches the parking lots.

Most people sport fancy custom masks that pull their ears into Shrek-like forms. Face coverings have become a personal statement.

Getting a haircut has just been authorized, but only by appointment. Police stop by and monitor masking and distancing behaviors in the small salons and shops.

I hear that Workout and Physical Therapy facilities are soon to acquire restricted access.

The local Hospital pandemic preparedness facilities hereabouts were dismantled weeks ago; they had gone from low to essentially no utilization.

Several folks have mentioned they were pushed away from regular medical facilities in prior weeks and so resorted to DIY medical treatments or calls with Doctors they found available to address their concerns.

People from more populace areas visiting other parts of the State are often shocked by the absence of masks being worn outdoors, the more casual demeanor of locals and the occasional complete lack of mask usage in small stores.

Then there are the TYPES of people you encounter in these times. Generally, it is those who…

And this last group causes me to provide a little data to look more closely at the California situation.

Yesterday I was copied on a Facebook rant that aggressively attacked all those who do not religiously conform to current Pandemic Protocols.

I have known the author (a self-described, Progressive) for years and am copied on daily thoughts via a Link which seems hard to break without losing other access I enjoy. But this missive caused me to look at the claims and underlying realities of what is still occurring in California. So, let the data tell the story…

AS BACKGROUND: The basic assertion is that people need to realize that >4,600 deaths tied to the pandemic have now occurred in California and that anyone claiming their rights are being violated and refusing to comply with social restrictions on masking and spacing is totally out of line. These people are socially irresponsible and should be justifiably vilified and publicly excoriated. Tough words.

For myself, I am easily able to be somewhat neutral in my behavior. I respectfully wear a mask when expected and maintain social distancing. As I have no workplace to visit or business to protect, my current lifestyle of writing, outdoor pursuits and binge-watching Crime Mystery and Astronomy series in a (now) quieter and scenic life-style community remains relatively unaffected; even though shopping and restaurant constraints are inconvenient. 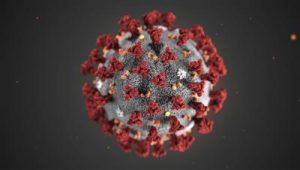 HOWEVER, I am becoming concerned that things in California may have been knowingly carried too far for the majority, given the factual data that exist and that serious damage has already been needlessly caused to working citizens trying to support themselves and families.

Let me begin by saying any single life lost to this Pandemic is a needless tragedy. It brings misery to all involved. Enough said.

Yet people die every day. They expire because of age, sickness and commonly circulating diseases and contagions. Everyone will die and many will pass earlier than ultimately necessary.

There are many causes of death we have blindly come to consider as normal. Medical progress has all but eliminated some, but many, many more persist and have largely become accepted (i.e. cancers, heart disease, diabetes, etc. etc.)

Influenza is systemic in most cultures. It kills people worldwide on a seasonal basis even though we have a moderate level of prevention through vaccines and known protocols for care of the afflicted. Folks still dying from influenza or its complications is culturally accepted and an unspoken norm.

Over the last nine years in the USA an average of 37.5 K deaths/year have resulted from the flu. Flu seasons have ranged from 12 K-61 K deaths/year in this timeframe and the total current national population is 330 million.

This means that California’s share of fatalities is around 4.5 K deaths/year for their 40 million population; the AVERAGE number of deaths Californians might expect in a single flu season.

There have been ~4.7 K Covid-19 deaths in CA to-date. Fortunately, overall growth-rate in this number is currently declining quickly.

Most Covid-19 deaths have been in just 3 (LA, San Diego and Riverside) of the 58 CA Counties. If we separate out the 3.4 K actual deaths in these 3 Counties, it remains that 1.3 K fatalities occurred in the other 55 Counties, populated by about 25 Million Californians.

The 3 populous (LA, San Diego and Riverside) Counties have experienced a death rate almost DOUBLE an AVERAGE flu season, while the other 55 Counties combined are at a level less than HALF an AVERAGE flu season. And fortunately, because of the pandemic precautions there has not been much influenza around this season.

The mitigation precautions CA took with extremely early closure most likely contributed to these generally overall favorable (if there can be such a thing) results.

The patterns for likely probable Infection and Death Rates and the numbers expected as ultimate outcomes, were well defined and already visible by the end of March. Basically, we knew a while ago where we were headed from BOTH our own numbers and insights shared by numerous other regions and countries.

But California is still currently heavily closed down. People are NOT all back in work and we are slow-marching a recovery.

If we are passed the worst and we would not normally close the economy for an AVERAGE flu season, then why have we proceeded some 10 weeks beyond a seemingly obvious opportunity to re-engage the economy?

The average person is not an epidemiologist, but most can interpret simple data and facts. Trends and graphs are easy to read and should not be unnecessarily complicated by handwaving that tries to invalidate or obscure obvious conclusions.

So why do so many people just do what they are told, standing in lines wearing masks and perched upon the designated red spots? Being a good citizen is one thing but following blindly is another. We have certainly passed the point where blind adherence is appropriate.

It would appear MANY of the 55 Counties (mentioned above) should NEVER have been closed. Especially if they are remote, lightly populated or saw very low infection rates. The State umbrellaed everyone and treated everything with the same broad brush. It was apparent LONG ago this was unnecessary, yet the restrictions largely remain universally and uniformly imposed (CA) Statewide.

A couple of remote Northern CA Counties and towns removed oppressive restrictions and fully opened-up, early. They simply stated their citizens needed to make a living and the constraints were inappropriate. Data indicates their position is far from unique.

I have seen first-hand the havoc wreaked upon smaller communities in the Northern parts of the State. Hotels have little trade; restaurants were closed long-term or only offer take-out. For many the Summer season is likely already irretrievable.

And hereabouts many businesses have already or will soon fail.

People will not universally flock back to normal past behaviors when things are fully re-opened. Most people seem cowed and nervous about personal re-engagement.

There will be generalized business recovery as folks return to more industrial (white and blue collar), larger-company jobs. It is essential people return to work and retain their jobs, provide food and pay bills.

But Service Industries and Small Businesses will be particularly vulnerable to lost revenues driven by the general population’s decline in savings, disposable income and sticky health concerns. Their corporate customers will be tightening their belts in recovery, too.

Doctor visits will continue to be made reluctantly at first.

We know reports of child abuse have already cratered suspiciously during pandemic precautions.

And even AA meetings remain currently outlawed while Rehab facilities around the nation are already heavily booked. This cannot possibly end well.

Perhaps six months from now most people will have returned to their old habits. But until then many small businesses will struggle to establish essential working and survivable revenue levels. Many will continue to fail; their continuing to remain unnecessarily restrained and controlled NOW will only exacerbate the harm.

So much for the update and look at California State practices and decisions. The West Coast is always a little different.

Today I read a credible article from Texas talking of increased infection rates following their very early May 2020 re-opening; the hope is that this current spiking resulted from people quickly becoming too casual with their social distancing practices following early successes. Time will tell.

Have you checked the numbers in your neighborhood? Do the local restrictions match what you see in the data?

It is worth taking a few minutes to understand these numbers and the resulting decisions being made on your behalf.